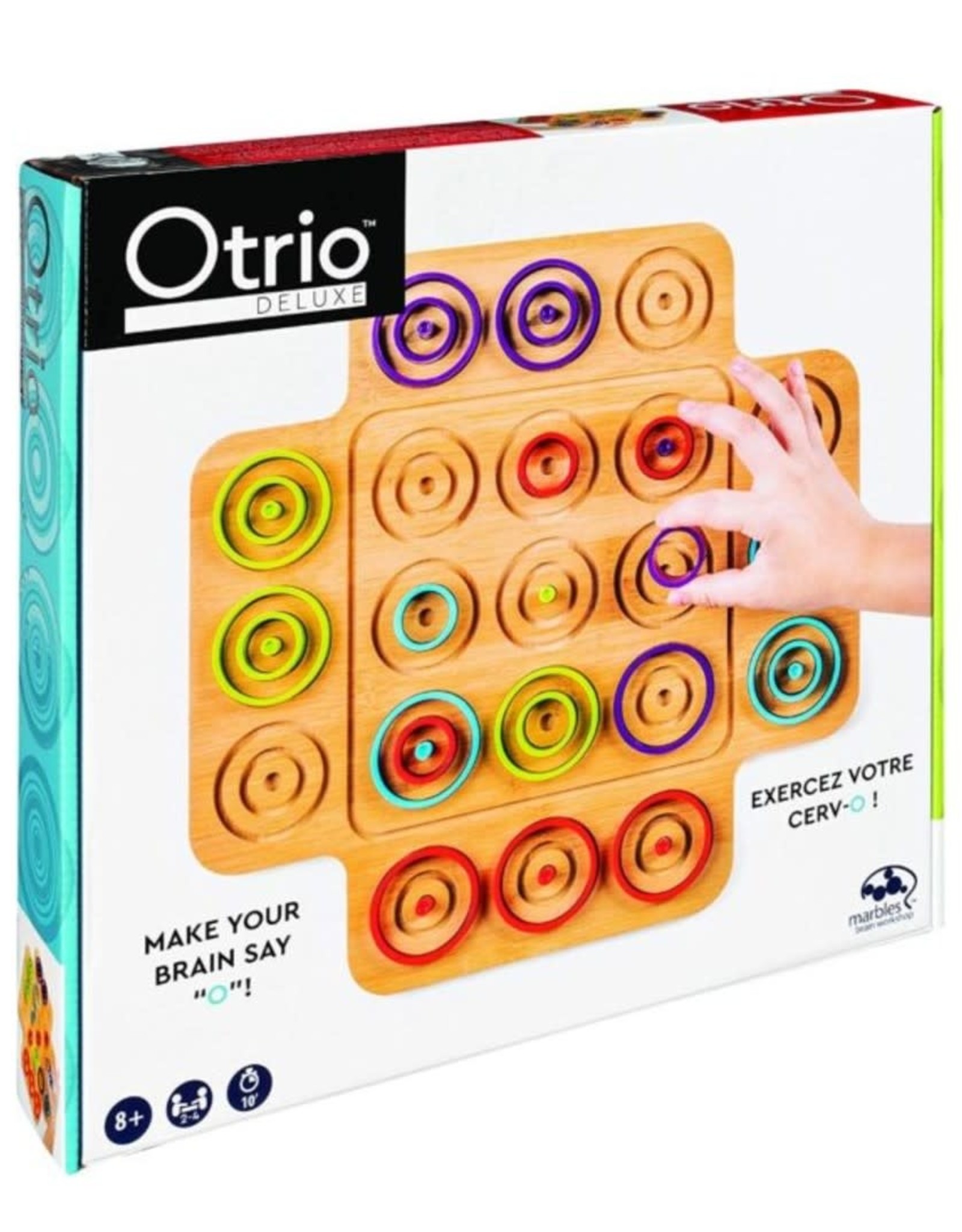 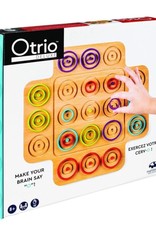 Compete against a challenger to get three in a row on a three-by-three board. Sound familiar? Otrio takes tic-tac-toe and dials it up to eleven.

Use the wooden game board’s inlays to strategically arrange the colored circles in a winning pattern while simultaneously defending against up to three opponents.

There are several ways to claim victory: line up three circular pieces of your color in a row from big to small, sneak in three of the same-sized pieces in a row, or circle up three concentric pieces in the same space. With so many ways to win (or lose), Otrio turns a child’s game into a fully fledged strategy battle.

Competitive and thought stimulating, Otrio is a game for nimble-minded board gamers aged eight and up.