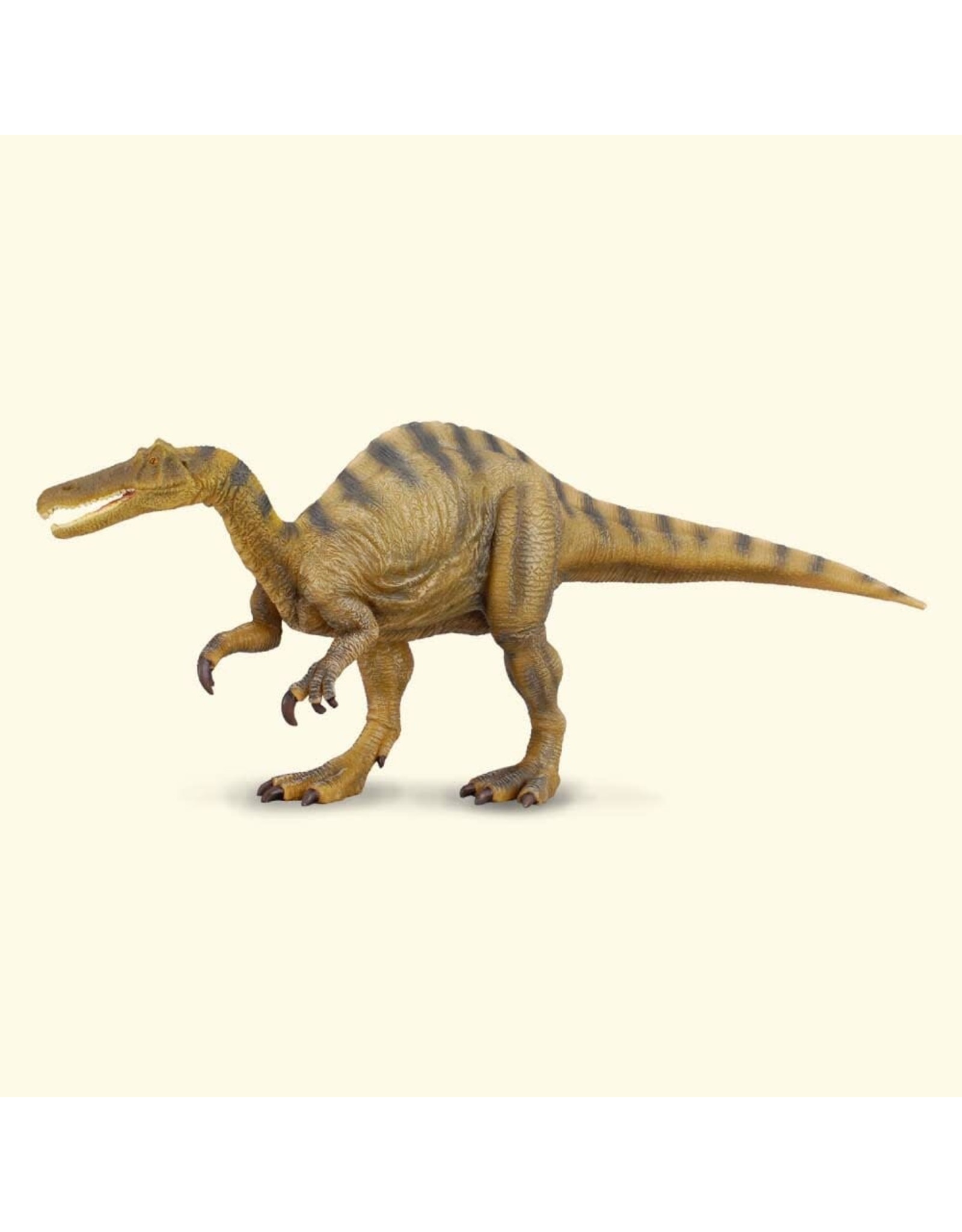 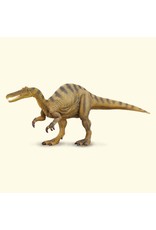 A theropod dinosaur of the spinosauridae family that lived in Britain and parts of Europe in the Early Cretaceous Period, about 130–125 million years ago. It is likely to have been semi-aquatic and a fish eater although the bones of a young iguanodon were found within the stomach of the holotype (or original specimen) proving that it either killed or scavenged land prey. Discoveries on Britain’s Isle of Wight suggest that the animal had a longer vertebrae than are usually restored and would have formed a back ridge.