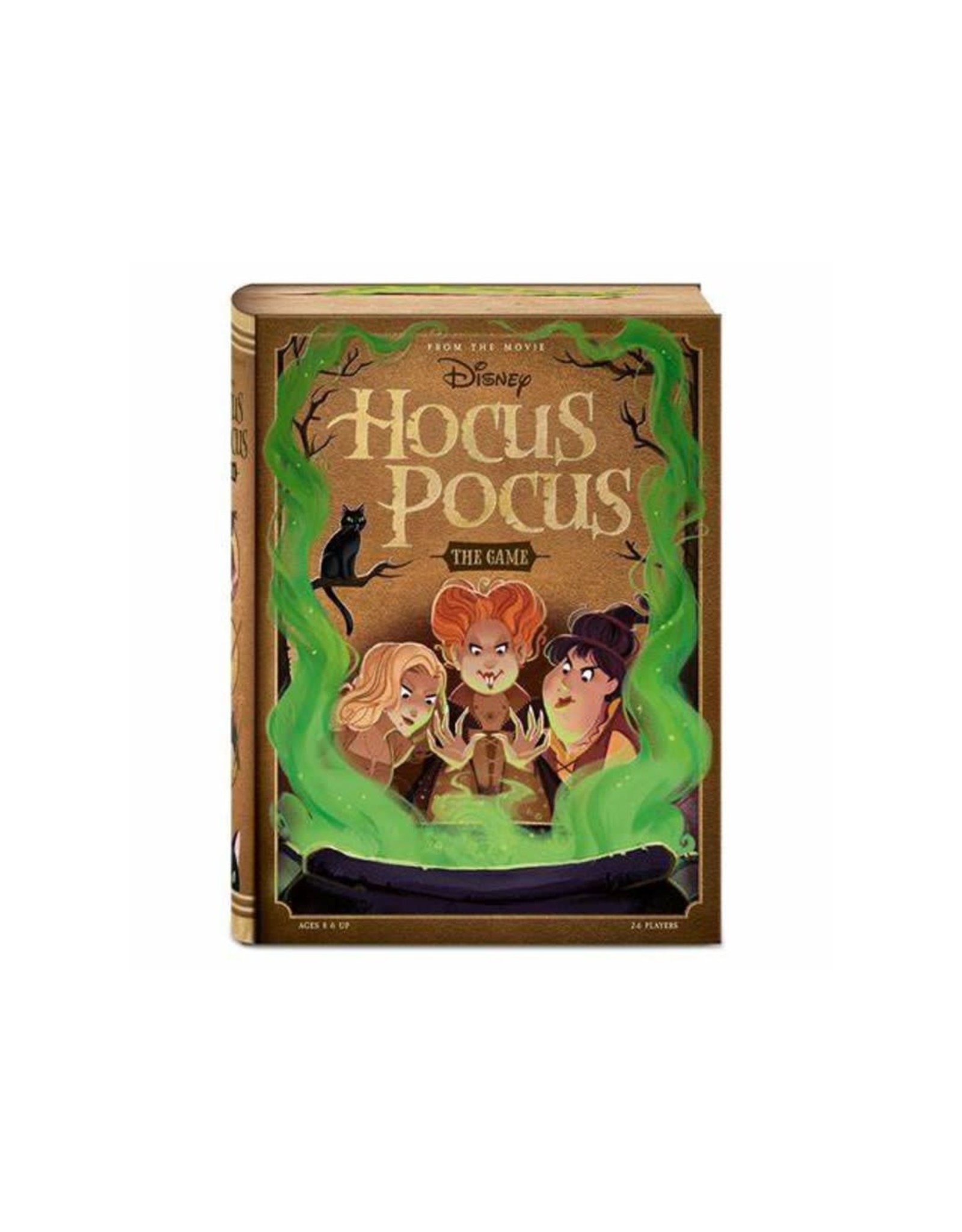 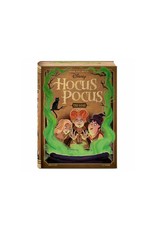 Disney Hocus Pocus: The Game, based on the 1993 movie "Hocus Pocus", players must work together to ruin the Sanderson Witches’ potion three times before the sun rises. Players hold a hand of ingredients of different types and colors and attempt to match all ingredient types or colors in the cauldron.

Each turn, players ask a question about other players’ hands, referring to the ingredient type or color (but not both). (For example, “Who has blue ingredients?” or “Who has newt saliva?”) They then play a card from their hand into the cauldron and drawback up to three cards, ending their turn.

Some ingredient cards have Binx the cat or a spellbook on them. When an ingredient with Binx is played into the cauldron, the active player puts the Binx mover in front of any player. That player then plays their cards down so everyone can see them and keeps them there until Binx is moved. If a spellbook is played, the active player draws a card from the Spell deck and resolves the card. Spells generally do something to ruin players’ plans.

If you have cards showing all of one color or all of one object in the cauldron, then you've stunned one of the witches — and you need to stun the witches three times before time runs out! When stunned, a witch cannot cast spells from the deck.

Players also have four “Tricks” to use based on scenes from the movie; each Trick can be used once per game. For example, "Burning Rain of Death" allows you to discard three potion ingredients and draw three new potion ingredients. Ages 8+
Add your review
0 stars based on 0 reviews