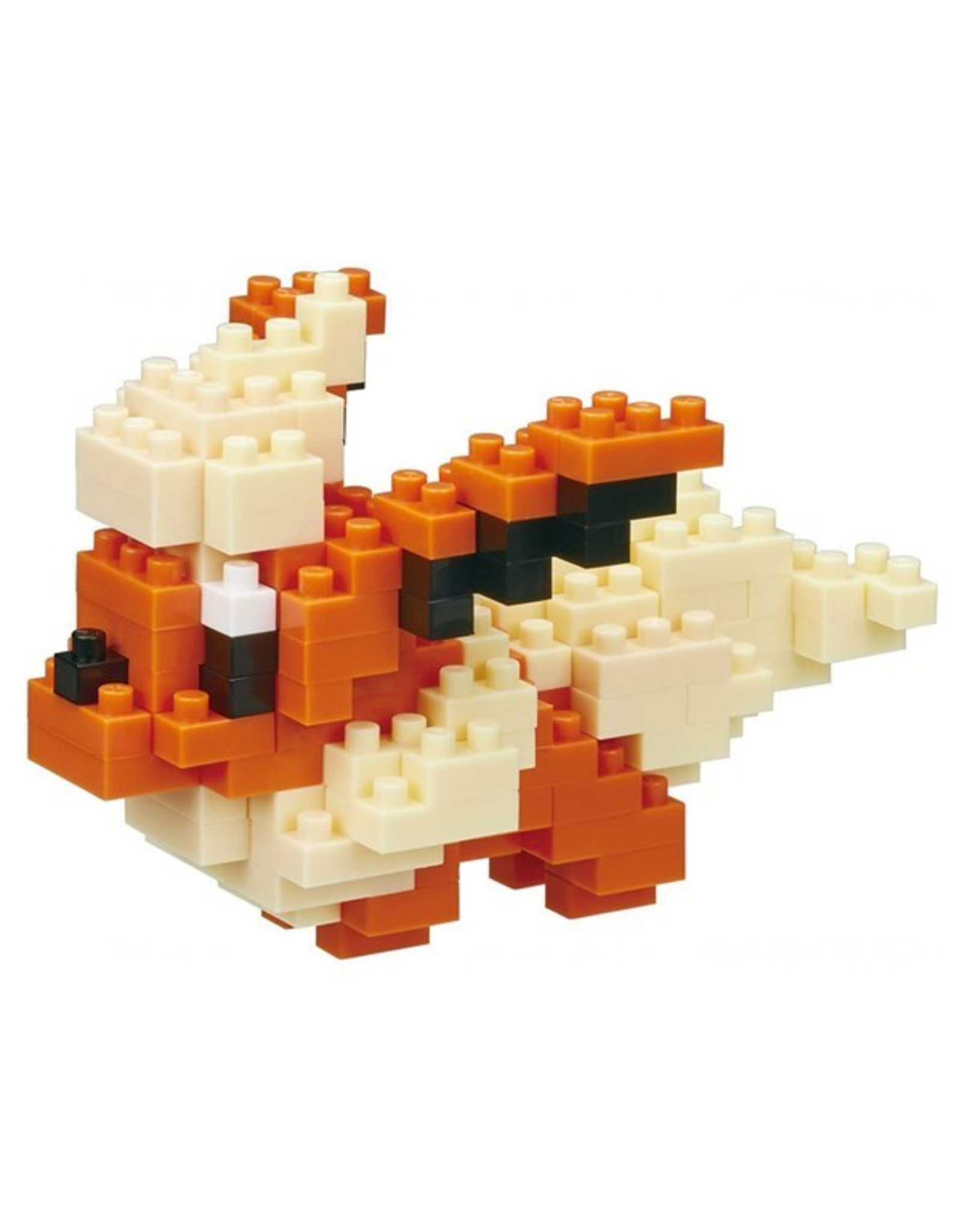 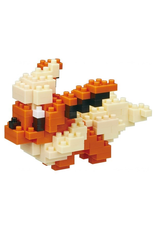 Flareon is a mammalian, quadruped Pokémon covered in short, reddish-orange fur. It has long ears, dark eyes, and a small black nose. There are three small toes and a yellow paw pad on each foot. Fluffy yellow fur forms a small tuft on its head, as well as its bushy tail and a mane around its chest and neck. It will fluff out its collar to cool down its high body temperature. This high temperature is caused
by its internal flame sac. Flareon stores and heats inhaled air in this sac, and then exhales it as fire. It is an omnivore who roasts either berries or prey before consumption. Flareon is mostly found in populated areas, and is rarely seen in the wilderness.