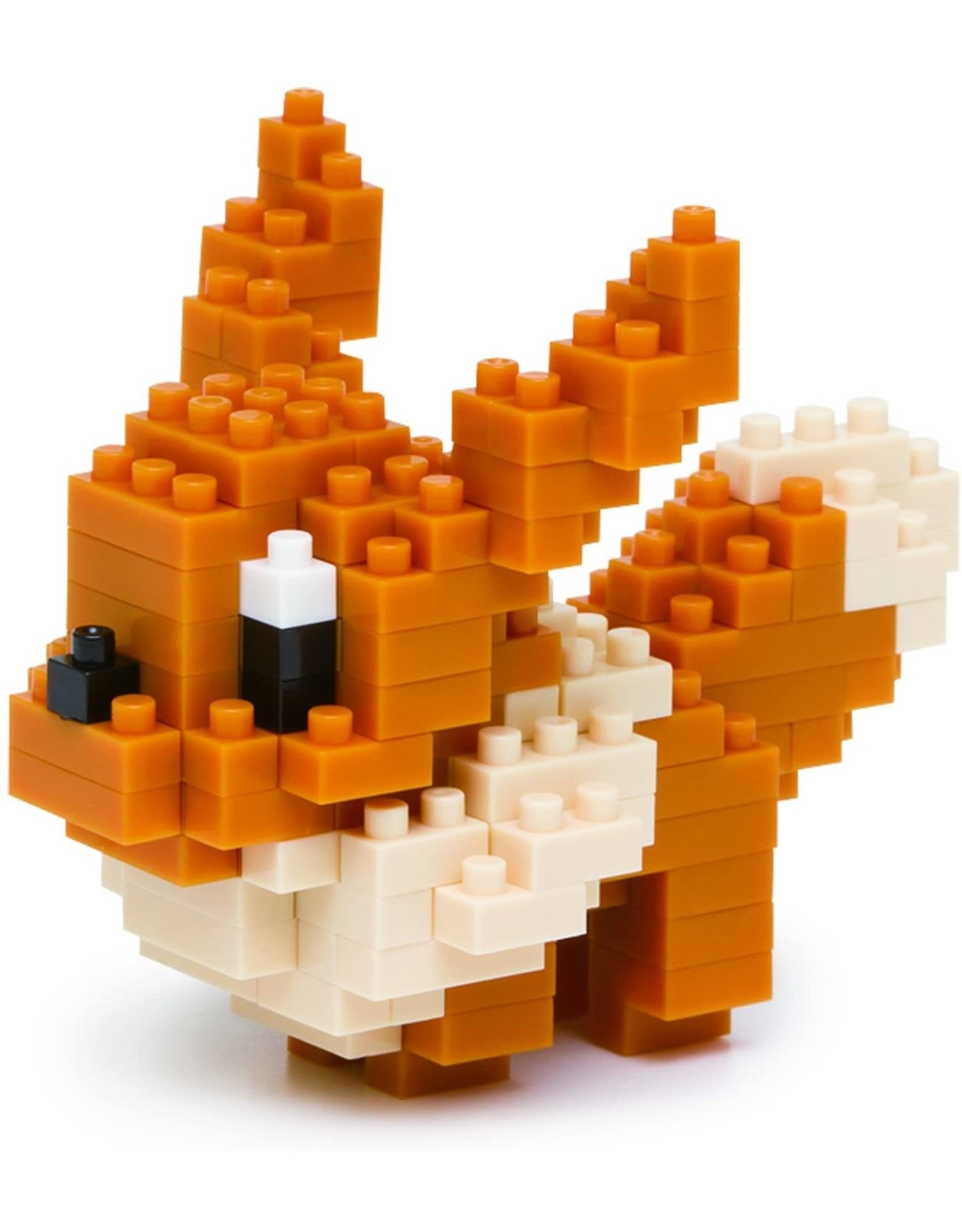 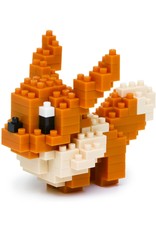 Eevee is a mammalian, quadrupedal Pokémon with primarily brown fur. The tip of its bushy tail and its large furry collar are cream-colored. It has short, slender legs with three small toes and a pink paw pad on each foot. Eevee has brown eyes, long pointed ears with dark brown interiors, and a small black nose. Eevee is rarely found in the wild and is mostly only found in cities and towns. However, it is said to have an irregularly shaped genetic structure that is easily influenced by its environment. This allows it to adapt to a variety of habitats by evolving.