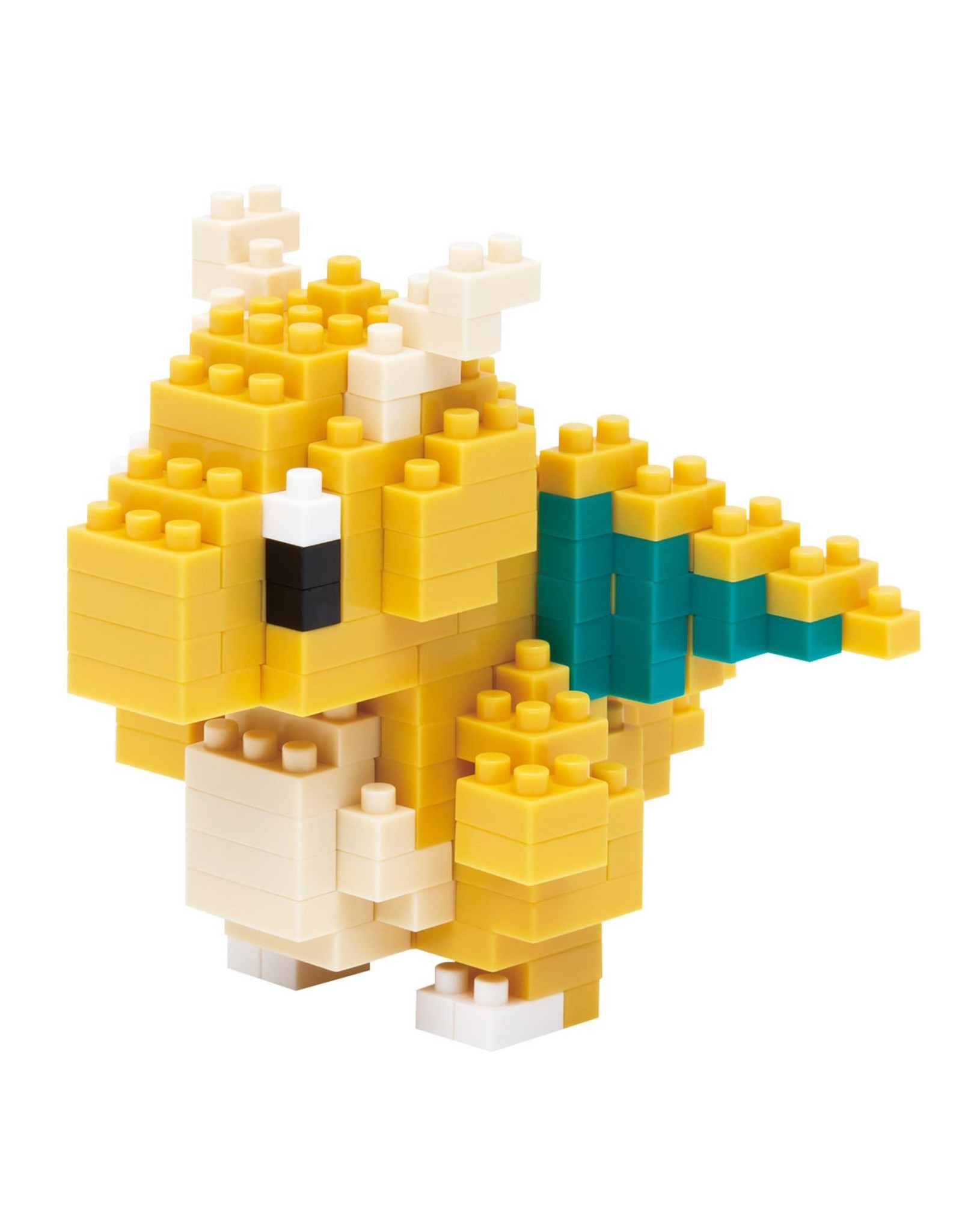 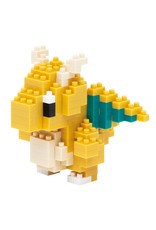 Dragonite is a draconic, bipedal Pokémon with light orange skin. It has large, grayish-green eyes and a round snout with small nostrils. A pair of long, thin antennae sprout from the top of its head with a small horn set between them. Its striated underbelly is cream-colored and extends from its neck to the tip of its long, tapering tail. It has thick arms and legs ending in three claws each. The leg joints are well defined, while its arms have a smooth, rounded appearance. Dragonite's wings are small relative to its body with teal wing membranes.