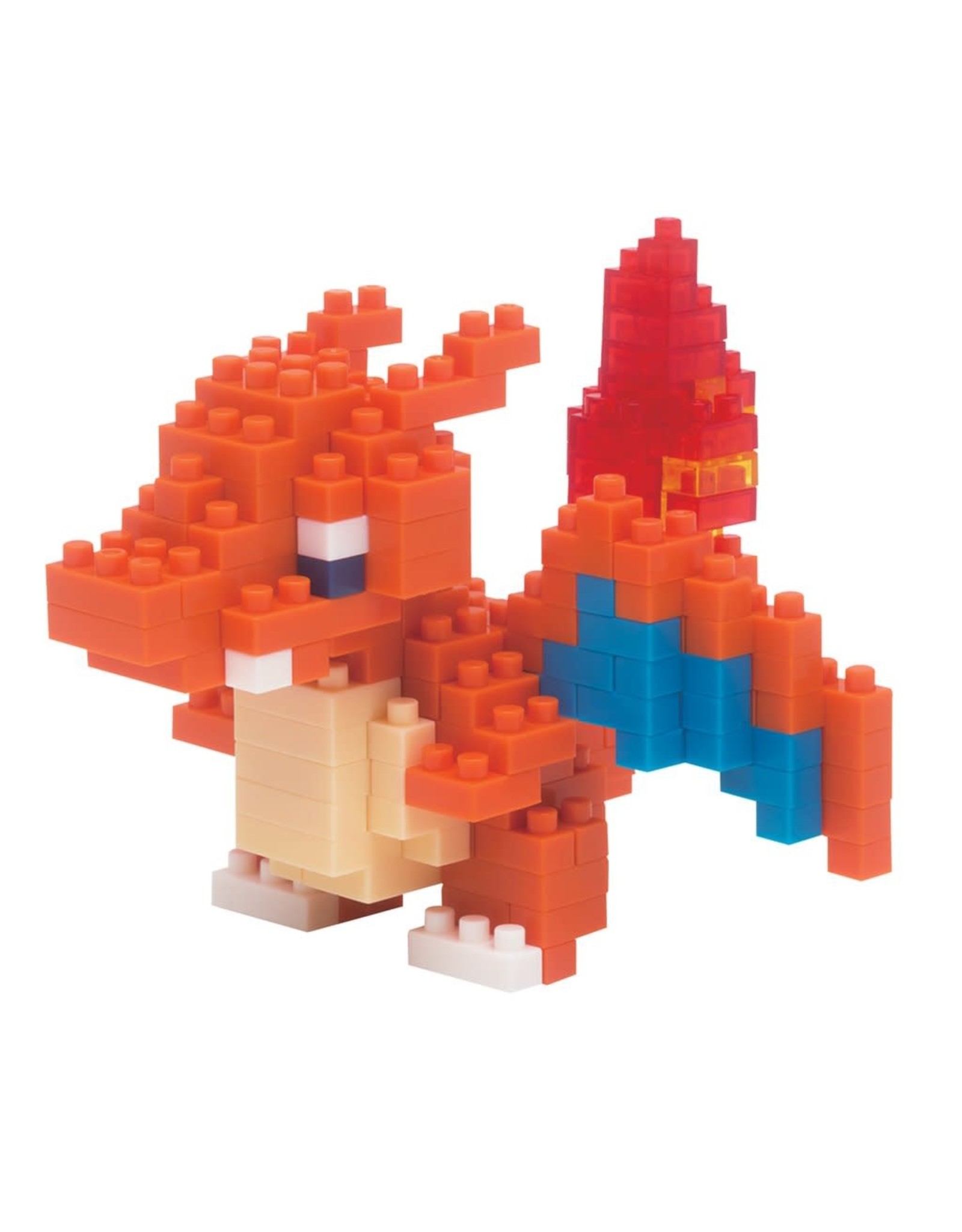 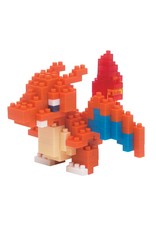 Charizard is a draconic, bipedal Pokémon. It is primarily orange with a cream underside from the chest to the tip of its tail. It has a long neck, small blue eyes, slightly raised nostrils, and two horn-like structures protruding from the back of its rectangular head. There are two fangs visible in the upper jaw when its mouth is closed. Two large wings with blue-green undersides sprout from its back, and a horn-like appendage juts out from the third joint of each wing. A single wing-finger is visible through the center of each wing membrane. Charizard's arms are short and skinny compared to its robust belly, and each limb has three white claws. It has stocky legs with cream-colored soles on each of its plantigrade feet. The tip of its long, tapering tail burns with a sizable flame.